Everyone agrees that time of possession is an important measure of success in the NFL. However, time of possession can only go so far. Did the offense take advantage of controlling the ball and the clock by actually putting points on the board? Likewise, a classic “bend-but-don’t-break” defense can afford to lose the time of possession battle if it’s not allowing any points.

Ball control is one thing. What teams are ultimately striving for is game control.

Why? Because when a head coach feels he has control of the game, he can open up more of his playbook – both on offense and defense — and he has a greater margin for error.

With that in mind, Head Coach Ranking has created a new statistical measure called Game Control Index. It is a proprietary metric combining key factors that we believe are indicative of winning football games.

In short, a head coach’s W-L record will not be very good unless the GCI ranking is high. Based on the final rankings from 2017, it is a reliable means of predicting the outcome of games. Of course, we only have one season of data, but thus far, the predictive quality of the data is encouraging.

Here’s the basic concept: The Game Control Index tracks how often a team comes away with points via long drives (starting at their own 30-yard line or deeper) and short drives (starting at the 50 or in opponent’s territory). We do the same for each team’s defense, i.e., how well does a team prevent long drives and short drives. We calculate total points scored on these drives and average points per drive – for both offense and defense. “Throwaway drives” – if a team is kneeling at the end of a half or just running out the clock – are not counted.

That’s eight different factors to rank, and the average of the eight factors produces the Game Control Index. The lower the number, the better that team did in converting opportunities to control games. For example, the Pittsburgh Steelers had the best Game Control Index last season with a score of 7.8. The Cleveland Browns were last at 26.6.

Looking at the final Game Control Index of 2017, it’s worth noting that eight of the top 10 teams made the playoffs. Only one of the 12 playoff teams did not finish in the top 15 (Buffalo Bills, 22nd). Perhaps the biggest outlier was the Dallas Cowboys, who had the second-best Game Control Index. The Cowboys failed to make the playoffs, though they did finish 9-7. To us, this indicates that other factors may have contributed to their failure to make the playoffs (e.g., clock management errors?).

Here’s how all 32 teams finished last season in the Game Control Index: 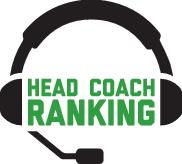 In the coming days, we’ll share some insights gleaned from the 2017 data. For example, the data showed that the New England Patriots were below average in short-field offensive effectiveness. They ranked 24th in total points scored off drives that began at mid-field or closer; it was a problem that showed up in the opener against the Kansas City Chiefs when they blew a short-field opportunity to take an immediate 10-0 lead and early game control. By blowing that opportunity, the Chiefs gained momentum and did not have to deviate from their game plan early in the game.

Because every season is new, and data should be collected from more than just a game or two in order to paint an accurate picture, HCR will unveil its first 2018 Game Control Index following Week 3 We believe it will present a strong indication of how teams will fare the rest of the season.